This makes back to back wins by the USAR Marksmanship Team. CPT Kirk Freeman won in 2012.

Army Reserve Marksmanship Team with back to back wins!

Staff Sgt. Matthew Anderson served as the Non Commissioned Officer In Charge of the 11th Aviation’s BWC marksmanship events and the assistance NCOIC of the overall event. “While I shot a lot while serving in the Marine Corps, I recently had a chance to compete in an Excellence In Competition event hosted by Army Reserve Careers Division. I liked the pace of the ARCD EIC event as it challenged marksmanship in detail versus merely training to hit somewhere as done in routine qualification.”

With that background, Staff Sgt Anderson had members of the Army Reserve Marksmanship Program (ARMP) conduct a formal Excellence In Competition event as a scored component of the 11th AVN BWC.

Master Sgt. Norman Anderson, a top shooter and rifle coach with the ARMP, ran the line at the event. “Marksmanship is the only Skill Level One task that can simultaneously save your life, your buddy’s life, and accomplish the mission. It is important for Soldiers to learn how to shoot better than routine qualification allows.”

EIC events are designed as both a competition and a training event, serving to train and support the war fighter. To earn awards, a Soldier must participate in a recognized EIC event and finish in the top ten percent. Unlike routine qualification, where everyone is expected qualify, Excellence In Competition pits skills against the rest of the field and the bottom 90 percent receive nothing. Events that have a restricted roster, such as to a specific unit or command, may only award four leg points to the finishers and only if the shooter does not yet have any points. Such events are said to be “baby legs” and a way to get a Soldier started in higher-level shooting. Only events that are open to all comers may award more Leg points and to those personnel having already earned points. Among those in the top ten percent, points are awarded based on order of finish. The first place finisher receives ten points, the top third receive eight points and the remainder will earn six points. Again, those finishing below the top ten percent of all shooter earn nothing. The goal is to not merely pass, but to surpass. Everyone seems to think they shoot expert. Only an event that recognizes the top ten percent can show who the real experts are. 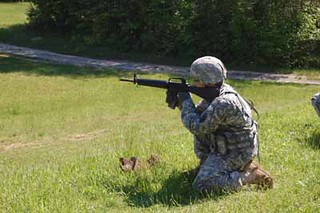 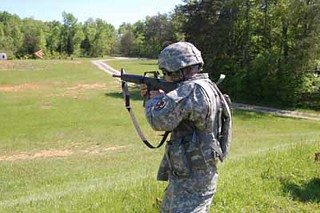 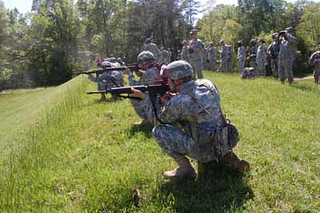 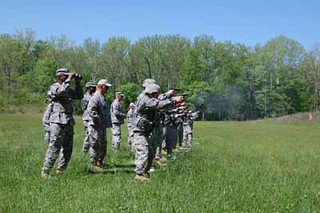 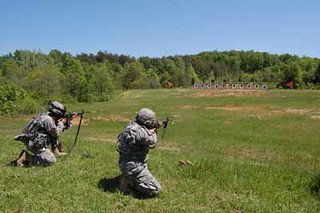 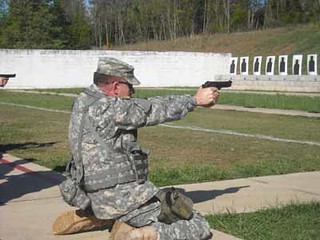 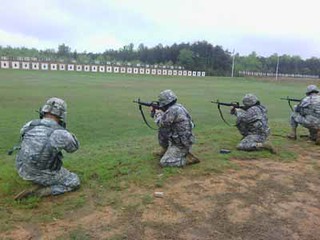 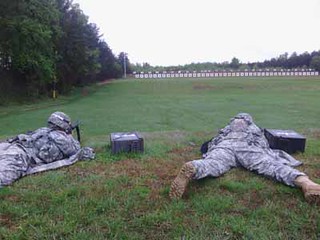