At the Interservice Rifle Championships the USARCMP placed second in the team matches while putting up some formidable scores. In the 10 man team match, the USARCMP bested the previous record by 3 points but still finished 6 points behind the AMU. 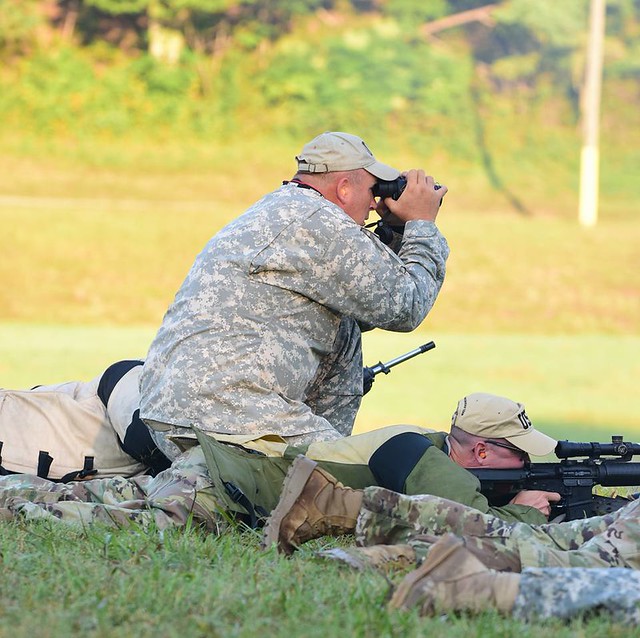 SFC John Arcularius watches the bullet trace over SSG Kris Friend to keep his shooters in the middle at the 600 yard line during the Infantry Trophy Team Match. This match tests the shooters' ability to fire quick accurate shots on a silhouette target with a time limit of 50 seconds per stage. As a 6 person team, they are given 384 rounds to fire on 8 targets. 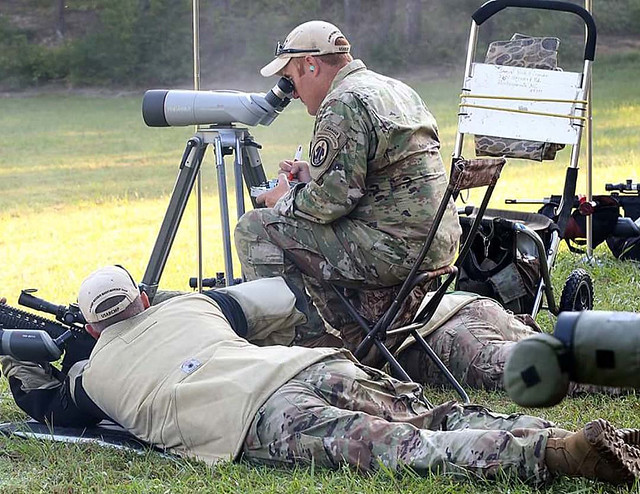 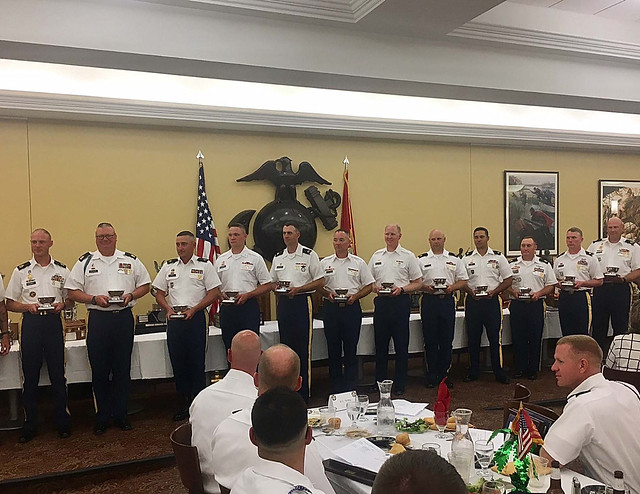 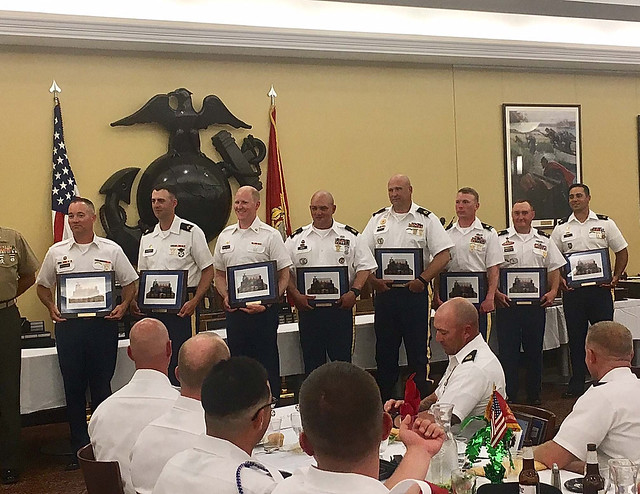