EIC matches are not something most Soldiers have heard of, let alone competed in. In fact, “a lot of Soldiers, especially Army Reserve Soldiers, don’t know the world of competitive shooting even exists,” said U.S. Army Reserve Sgt. 1st Class Bradford Griffith, who is a noncommissioned officer on the 108th Training Command (IET) drill sergeant recruiting team out of Charlotte, North Carolina.

As a competitive shooter for the U.S. Army Reserve Service Pistol Team, Griffith is passionate about marksmanship and urged some fellow Soldiers to come to the 2018 All Army with him. “I consider pistol marksmanship to be one of my favorite things in life, so I feel like that’s a big thing I can contribute to my unit and make them more lethal in marksmanship.”

His personal passion for marksmanship is in step with U.S. Army Reserve top leadership, and something he said he takes personal responsibility in. “LTG [Charles D.] Luckey, the chief of the Army Reserve, has been very clear on his guidance and that is to make the force more lethal, and that’s kind of been my personal charge,” said the Soldier who once served as an Army Reserve drill sergeant.

So with the goal of teaching others through experience, Griffith put together a team of former drill sergeants and a drill sergeant candidate to compete and get the full All Army experience. 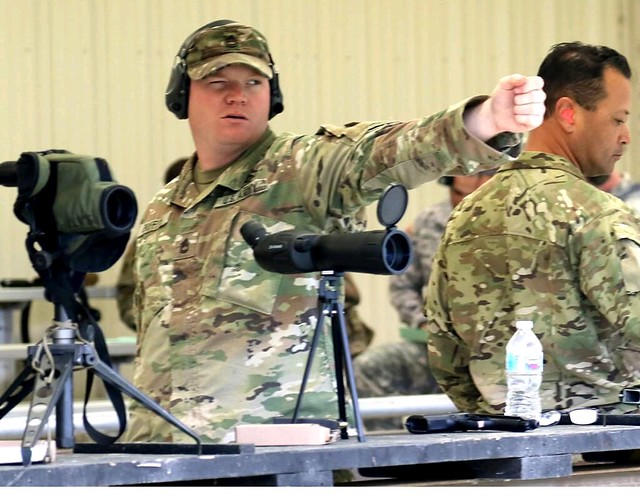