USAR CMP Team Member MAJ Luke Gosnell had a strong showing and placed 1st as a Semi-Pro in the 2017 3-Gun Nation Mid-West Regional Championship on April 9th in the popular practical (scope) division. He is now nationally ranked #4 in the 3-Gun Nation semi-pro regional series.

Events like these test combat marksmanship and readiness that cannot be achieved from shooting paper targets from a linear or square range. Participation in these events allows Soldiers network, exchange skillsets and then take the knowledge gained back to their home units and disseminate the skills down as a force multiplier. 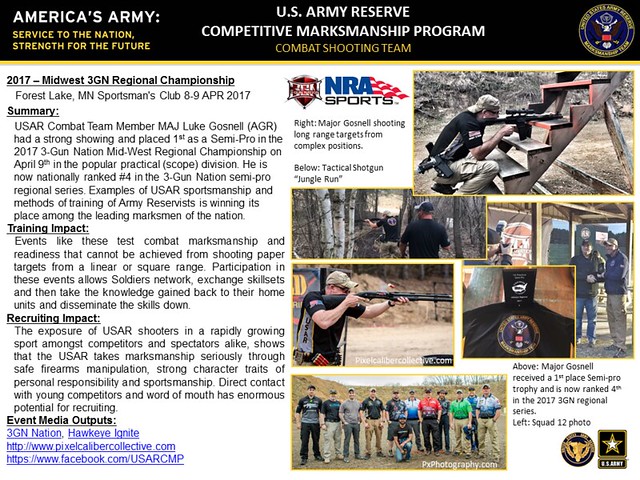 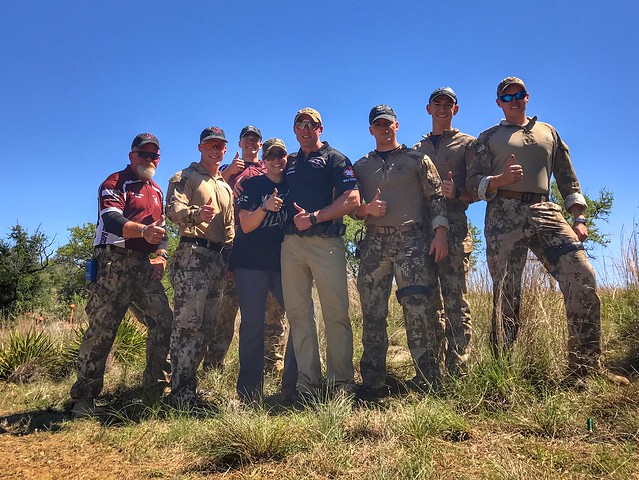 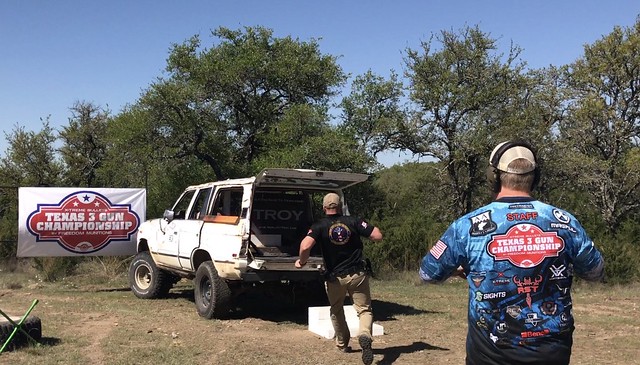 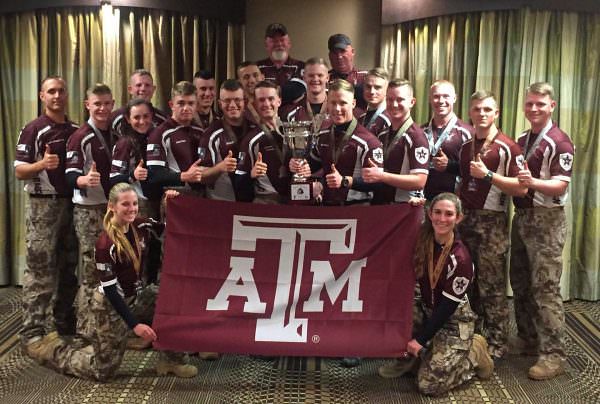 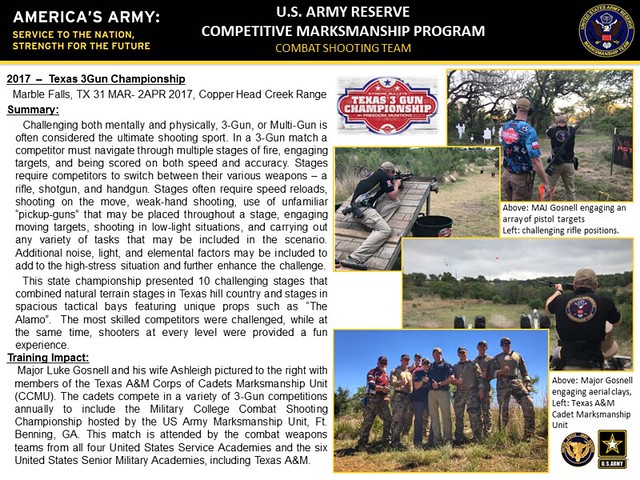 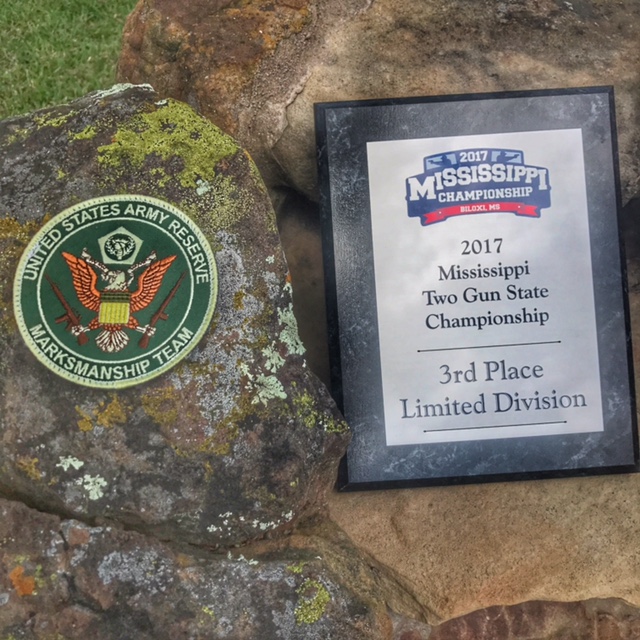 Examples of USAR sportsmanship and methods of training is winning its place among the leading marksmen of the nation.

Soldiers interested in joining the U.S. Army Reserve Competitive Marksmanship Program (USAR CMP) are encouraged to find out more online at https://armyreservemarksman.info or on social media at https://www.facebook.com/USARCMP. 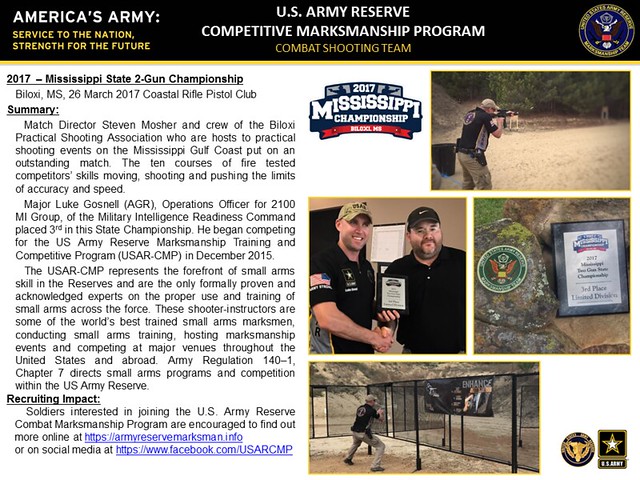 Combat Team member Major Luke Gosnell participated this past weekend in a two-gun Biathlon in Kentucky which consisted of five stages of shooting rifle and pistol spread out over 3.5 miles of difficult terrain and obstacles such as mud pits, low crawling under barbed wire, climbing up a drainage tubes and over A-frames, dragging a 150lb dummy, use of a foreign military weapon and spelunking in cave with a headlamp and handgun. Shooting distances ranged from contact close to 300 yards under elevated heart rates in cold, raining and muddy conditions. 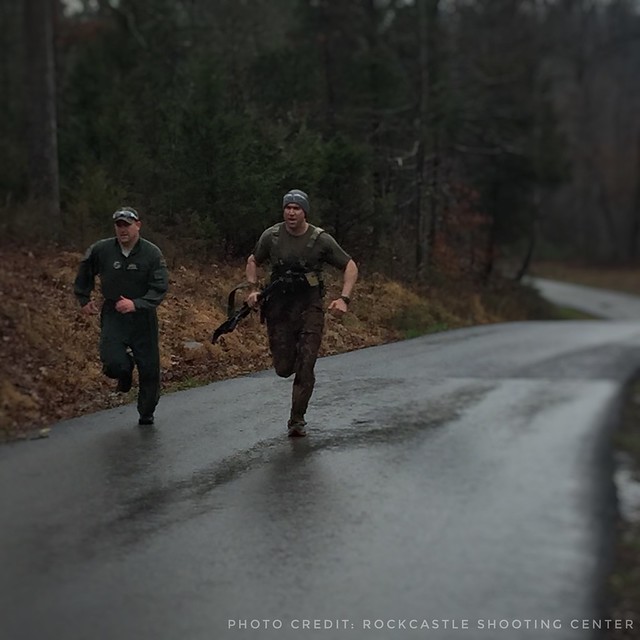 Practical induced stress shooting events like these test combat marksmanship, equipment, and readiness that cannot be achieved from shooting paper targets from a linear or square range. USAR-CMP participation in these events allows service members to network, exchange skillsets and then take the knowledge gained back to their home units and disseminate the skills down. 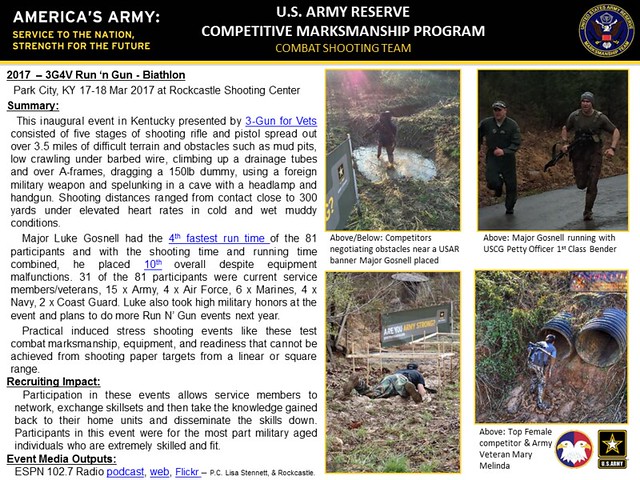